This shelf includes several favorite vintage pieces.  I loved the Dagobah Action Playset when I received one for Christmas, as a very young child.  I still have vivid memories of that Christmas, with that playset and Yoda.  I'm sure that I got lots of other toys, but those are the two that I remember from that year. 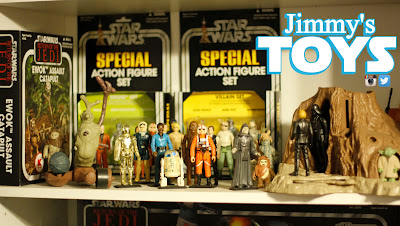 Also, behind the Dagobah Action Playset there is a vintage AST-5 Armored Sentinel Transport and a Original Trilogy Collection: Luke Skywalker (Grey Shirt).
Posted by Jimmy in GA on September 29, 2015 No comments:

I have several shelves of Star Wars toys in my office.  The top of shelf one is pictured below.  In this portion of the my collection, one of my vintage Millennium Falcons, my vintage Landspeeder, my vintage B-Wing and my Vintage Collection X-Wing Fighter, which was a Toys R Us exclusive. 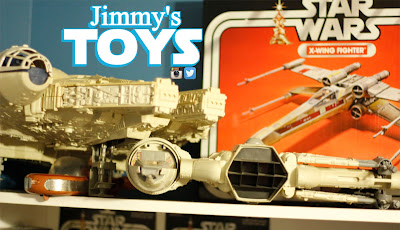 I will be going through my collection and posting more photos soon.  Follow me on Twitter and Instagram
Posted by Jimmy in GA on September 29, 2015 No comments:

I had a hard time finding a Star Wars The Force Awakens 3.75 Inch Kylo Ren. I finally found one at one of the local Walgreens stores. 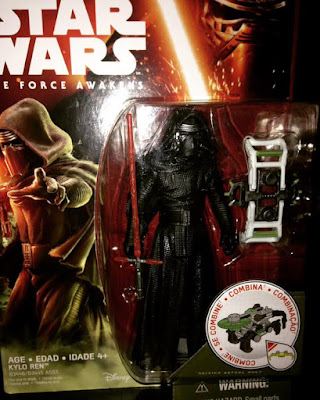 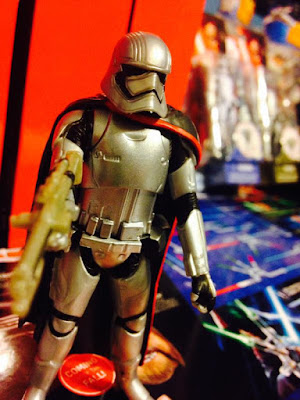