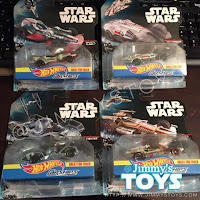 This weekend has made me think that I live in the town Rogue One forgot.  I went to two more stores.  Kmart and Walmart had new Hot Wheels, and Walmart had a few 3.75" figures.

Walmart had the eight exclusive Star Wars Hot Wheels that celebrates eight worlds from Star Wars, from Kamino to Jakku. 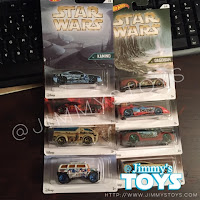 The left photo collages below from Walmart and Kmart show their lack of Rogue One products. 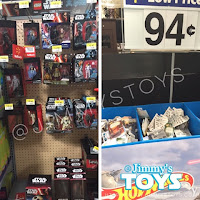 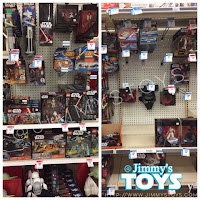