Rogue Friday Not As Good As Last Year's Force Friday 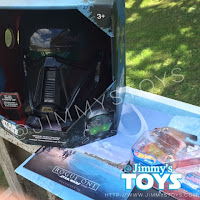 My wife went toy hunting for me this morning. Target didn't get much product this year, and what had been was already gone. All that she could find that I wanted was a half priced Hot Wheels Rey's Speeder.

At the Disney store, she snagged a free Rogue One poster and the free Rogue One "My Rogue One Video Starter Pack." She bought the awesome Star Wars Rogue One Imperial Death Trooper Voice Changing Mask! 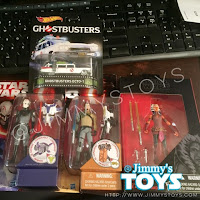 After lunch, we stopped by Walmart and found 3.75" Black Series Ahsoka Tano, and two clearance Star Wars Rebels figures from last year, Kanan and The Inquisitor.  I also picked up a Hot Wheels Ghostbusters Ecto-1.

The rest of my Rogue Friday has consisted a few online orders.  I ordered the Kmart Exclusive Jyn Erso.  I also ordered three of the new Black Series Six Inch action figures from Amazon, as well as, Kanan and Sabine from the new line.

There are a few photos listed below from the stores. 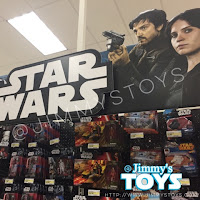 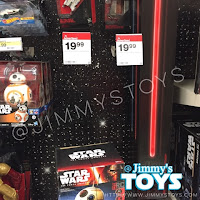 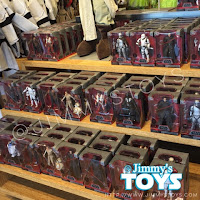 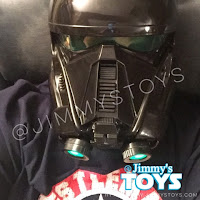 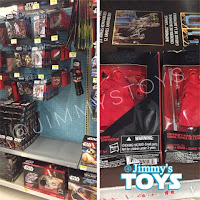 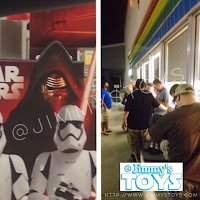 A small throwback to last years Force Friday at the then local Toys R Us, down in south Georgia.

As you can see from the first collage, we weren't that far back in line, but there was not much left, but the time we had a chance to look down the Star Wars aisle

I was only able to get two of the figures that I wanted that day: Rey and Kylo Ren. At least Toys R Us gave us a poster and a LEGO block. 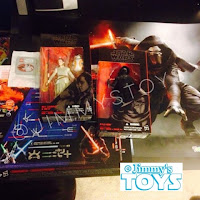