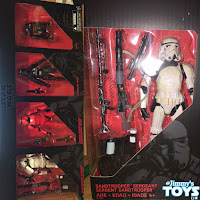 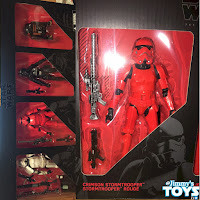 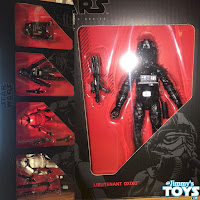 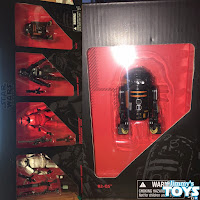 The only thing that stands out to me apart from the four figures themselves is the packaging seems to be a different quality from the other Black Series figures. The cardboard looks to have a more matte finish, and it is definitely a thicker stock of cardboard and there are noticeable ridges in the material.

I think this set should have been price lower than the Amazon exclusive Stormtrooper Four Pack which was sold by Amazon for $79.99.  The Amazon set was a more reasonable price point, and their set had a more interesting four pack packaging.  I was able to find this set on Amazon from a 3rd party seller cheaper than buying it directly from Entertainment Earth.
Posted by Jimmy in GA on December 10, 2015